Here’s your opportunity to join the fun on the most iconic and exciting hole in golf, the 16th hole at the 2021 Waste Management Phoenix Open. By making a tax deductible donation to Thunderbirds Charities, you can place your face or the faces of your family and friends at the 16th hole.

These Terms of Use Agreement (“Agreements”) comprise a binding legal agreement between you and Thunderbird Charities (“Thunderbirds”) for the Faces on 16 program during the Waste Management Phoenix Open 2021.  Please review this Agreement carefully.

I hereby agree to:

(1) assign to the Thunderbirds all worldwide right, title and interest in or to the image(s) of me, my child(ren) or ward(s) and/or other featured individuals (collectively “Featured Individuals”) that I am voluntarily submitting to Thunderbirds including, but not limited to, all trademarks, copyrights and other intellectual property rights in and to the likeness, image, name, words, voice, biographical information (“Image(s)”) and/or other attributes of each of the featured individuals (collectively, “Image Rights”);

(2) grant the Thunderbirds the right to use the Image Rights of each of the Featured Individuals at the Waste Management Phoenix Open 2021;

(3) represent that I own all Image Rights or have authorization from all rightsholders, and that I have the express permission of all Featured Individuals other than Minor(s) to submit the image(s) to the Thunderbirds and agree to this Agreement on their behalf;

(4) consent to use of the Image Rights or any part thereof, by Thunderbirds in connection with advertising, publicizing, and exploiting any Images and acknowledge that I have no right of approval of where the Image(s) may be used during the Waste Management Phoenix Open 2021;

(5) acknowledge that the Thunderbirds reserves the right to reject the Image(s) if it contains content that is sexually explicit, obscene, profane, derogatory, offensive, inflammatory, inappropriate for children, would violate any Waste Management Phoenix Open 2021 rules or otherwise be deemed inappropriate or unacceptable in the Thunderbirds’ sole discretion;

(6) acknowledge that there is no guarantee that the Image(s) will be seen by the public, including but not limited to a television broadcast of Waste Management Phoenix Open  2021 or any social media platforms;

(7) acknowledge that I will not receive the original or a copy of any reproduction of the Image(s) produced by the Thunderbirds;

(8) release in perpetuity the Thunderbirds, PGA Tour, and Waste Management and such entities’ respective past, present and future affiliates, owners, general and limited partners, members, shareholders, directors, officers, employees, agents, representatives, contractors, vendors, licensees, sponsors, advertisers, and broadcast partners from any claim of right in respect of such Image(s), including, but not limited to, claims of copyright infringement, false endorsement or rights of publicity or privacy (collectively, “Claims”) and I will indemnify and defend the Thunderbirds  harmless from and against any such Claims; and

This Agreement shall be governed by and construed in accordance with the laws of the Arizona, without regard to conflicts of law principles. Any dispute, claim or cause of action arising out of this Agreement shall be settled by mandatory, confidential, final and binding arbitration in Maricopa County, Arizona.

THE PARTIES BOTH AGREE THAT NEITHER PARTY SHALL BE ENTITLED TO RECOVER FROM THE OTHER, RESPECTIVELY, AND EACH PARTY RELEASES THE OTHER PARTY FROM, ANY LOSSES, COSTS, EXPENSES, OR DAMAGES ARISING UNDER THIS AGREEMENT OR IN CONNECTION WITH OR WITH RESPECT TO THE TRANSACTIONS CONTEMPLATED IN THIS AGREEMENT ANY AMOUNT IN EXCESS OF THE ACTUAL AMOUNT PAID TO THE THUNDERBIRDS FOR THE FACES ON 16 PROGRAM, COURT COSTS AND REASONABLE ATTORNEYS’ FEES, SUFFERED BY SUCH PARTY. THE PARTIES BOTH WAIVE, AND RELEASE THE OTHER FROM, ANY RIGHT TO RECOVER PUNITIVE, SPECIAL, EXEMPLARY AND CONSEQUENTIAL DAMAGES ARISING OUT OF, RESULTING FROM OR IN CONNECTION WITH THE AGREEMENT. 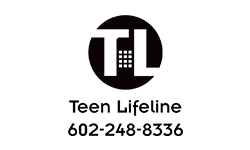 MAKE YOUR DONATION HERE
SPONSORED BY