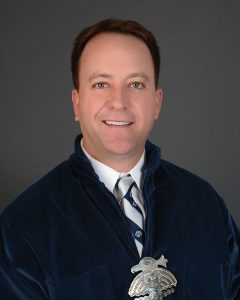 Williams assumes the role of Tournament Chairman after serving last year as Assistant Tournament Chairman alongside Michael Golding.  He will guide The Thunderbirds organization in the planning and execution of all facets of the 2023 event, including sponsorship generation and renewals, security and safety, recruiting PGA TOUR players to the event, community relations, logistics, and development of on-course venues.

“It’s an honor to be named by my fellow Thunderbirds as this year’s Tournament Chairman of the WM Phoenix Open,” Williams said.  “The Thunderbird organization is very proud of the overall success of the tournament, but our main focus continues to be on the mission of charitable giving and the tremendous impact it has on the community.  I look forward to continuing the special relationship we have formed with our title sponsor, WM, and of course all of the players, fans, sponsors and volunteers who truly make this event ‘The People’s Open’.”

Williams is the Arizona Market Director for Jones Lang LaSalle, Inc., where he oversees all business lines including office, industrial and tenant representation leasing.

An Albuquerque native, Williams earned a Bachelor of Science degree in business from the University of Arizona and has been a member of The Thunderbirds since 2014.  He and his wife Lindsey have two children, Kate (age 13) and Drew (age 9), and reside in Phoenix. 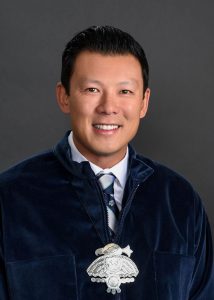 A Southern California native (Rancho Palos Verdes), Thimsen earned a bachelor’s degree in Marketing and Communications at California State University, Chico, and has been a member of The Thunderbirds since 2017.  He and his wife Natalie have two children, Gia (age 9) and Jayde (age 7), and currently reside in Phoenix.

The 2023 WM Phoenix Open will take place in early February at TPC Scottsdale. “The People’s Open” has been named the Tournament of the Year by the PGA TOUR four times since 2014 to acknowledge the tournament’s legendary status as one the most unique events in golf. The 2023 edition will mark the 88th playing of the event (one of the five oldest events on the PGA TOUR) and the 14th with WM as title sponsor.

The Thunderbirds were founded in 1937 with the mission of promoting the Valley of the Sun through sports. The Thunderbirds consist of 55 “active” members and more than 280 “life” members who have helped the tournament eclipse $165 million in charitable giving since its inception in 1932 (through the 2021 tournament).  For more information on The Thunderbirds or the 2023 WM Phoenix Open, visit thunderbirdscharities.org.