“The Tee Off Luncheon is an extremely popular event in which we get to tell the community all of the new and exciting things we have planned for the upcoming tournament,” said Chance Cozby, WM Phoenix Open Tournament Chairman. “This year, we’ll get an inside look into college football and hear some of the incredible stories surrounding this exciting sport, while also getting the opportunity to hear our defending champion talk about his great 2018 season and defending his title in 2019.”

Herbstreit was the quarterback and captain of the 1992 Ohio State Buckeyes before beginning his college football analyst career in the late 90’s. Herbstreit is best known for his role on ESPN’s College GameDay, where he and fellow analysts Rece Davis, Desmond Howard and Lee Corso provide insight and examination of the top college football games of the week before kickoff each Saturday during the season. Herbstreit also serves as the color analyst for ESPN and ABC’s Saturday Night Football, is co-host of the Heisman Trophy Presentation and is a frequent contributor to ESPN.com and ESPN The Magazine.

Woodland bested Chez Reavie on the first playoff hole to win the 2018 WM Phoenix Open, earning his third career PGA TOUR victory. Woodland currently ranks 39th in the Official World Golf Ranking and is coming off a 2018 season where he had three Top-10 finishes and nine Top-20’s to finish 26th in the FedEx Cup rankings. He finished T11 at the season-ending TOUR Championship. 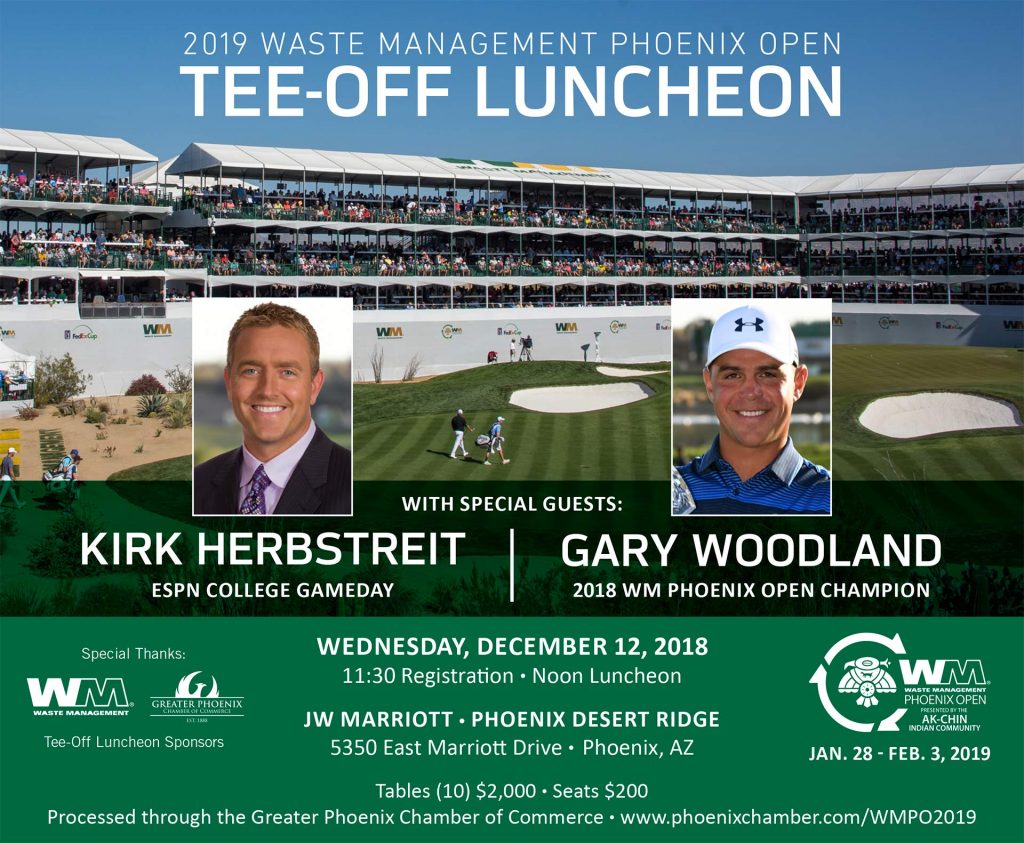 The Thunderbirds were founded in 1937 with the mission of promoting the Valley of the Sun through sports. In 2018 The Thunderbirds raised a record $12.2 million for charity from proceeds from the WM Phoenix Open and have eclipsed $134 million in charitable giving since its inception in 1932.  For more information on The Thunderbirds, visit www.thunderbirdscharities.org.