THE THUNDERBIRDS HAVE RAISED MORE THAN $176 MILLION IN TOURNAMENT HISTORY, $110 MILLION WITH WM AS TITLE SPONSOR

“Our Arizona communities coming together to promote and rally behind this world-class event means so much to us and the hundreds of charities and non-profit organizations it supports,” said Michael Golding, current Big Chief of The Thunderbirds. “We are extraordinarily proud of the $10 million raised for Arizona charities during a major bounce back year for us, which positively shows the commitment and togetherness of WM and the PGA TOUR, as well as our incredible fans, sponsors and volunteers.”

“Congratulations to The Thunderbirds for once again raising the charitable giving bar and helping hundreds of Arizona’s charities through the WM Phoenix Open,” said WM President and CEO Jim Fish. “As we approach our 14th year as title sponsor of this PGA TOUR event, we are proud of the significant positive results this tournament has delivered for communities and the environment.”

The announcement was made at Hospice of the Valley’s new Dementia Care and Education Campus, a project that officially opened in April 2022.  The $150,000 grant from Thunderbirds Charities will support the Art and Activity Rooms at the Adult Day Club. 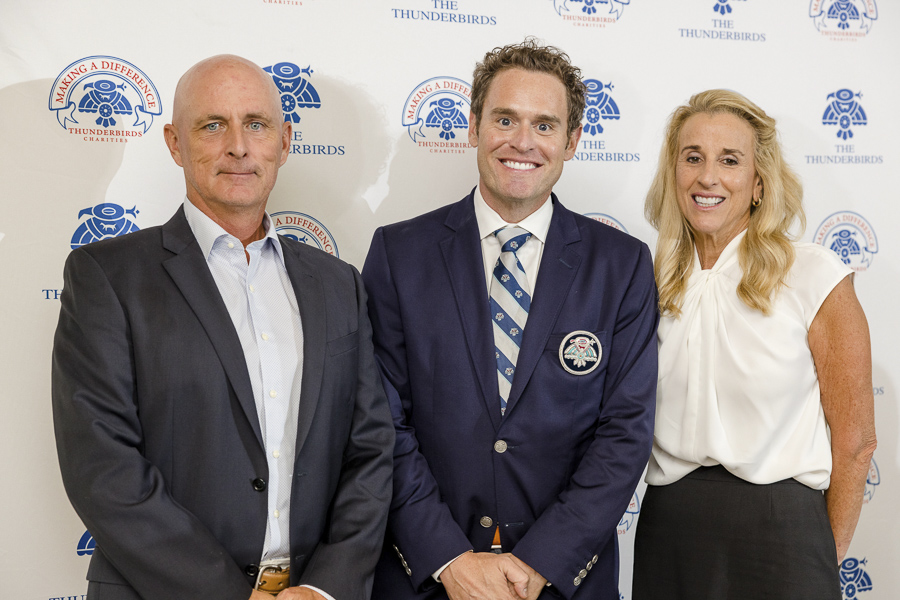 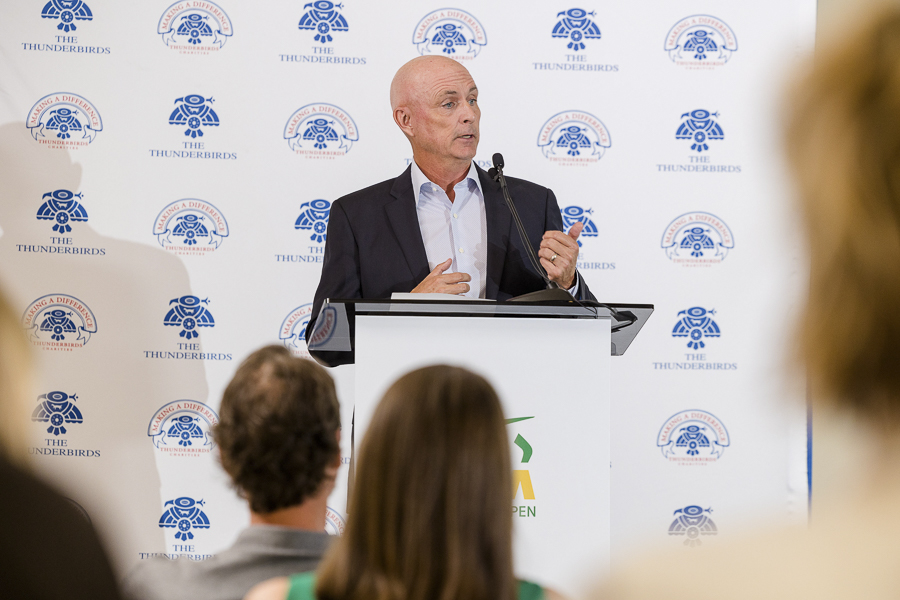 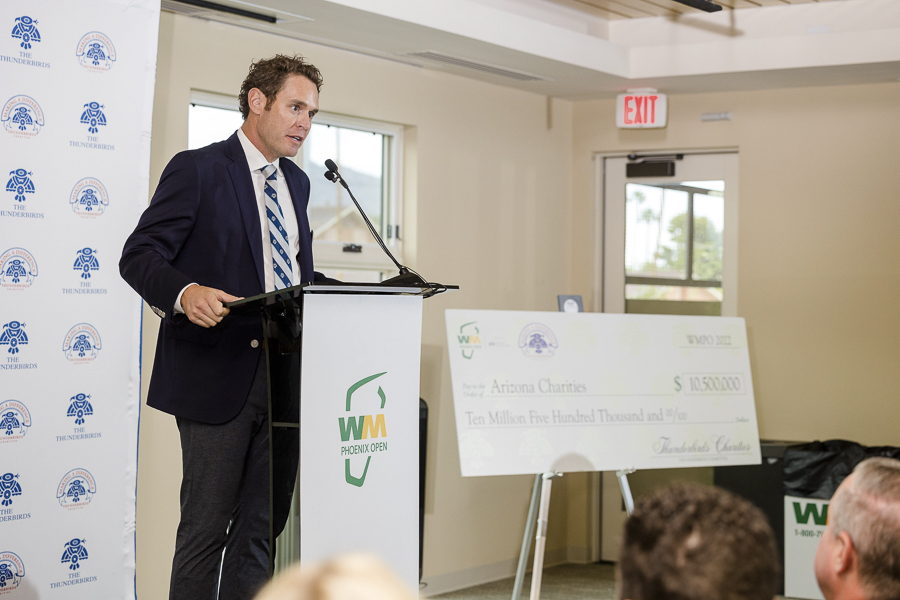 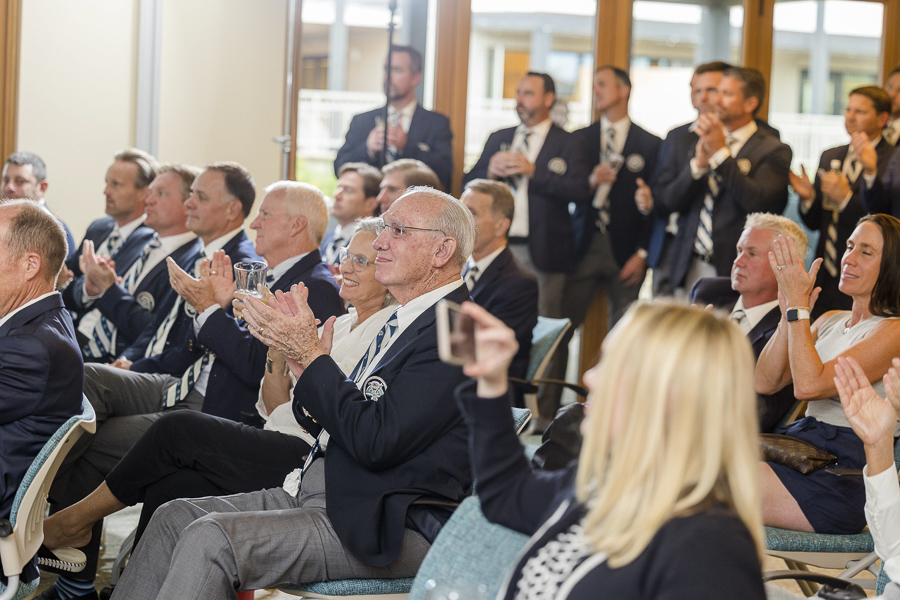 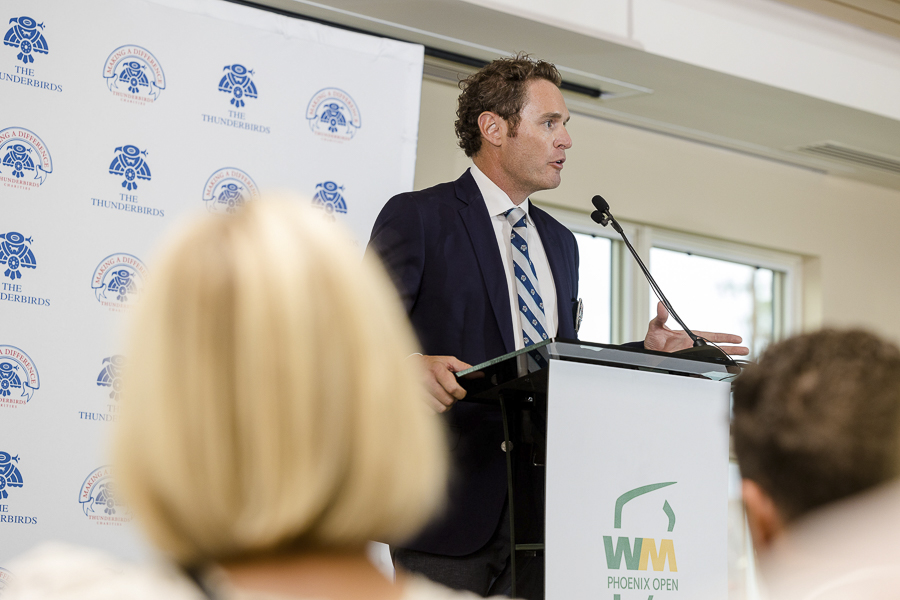 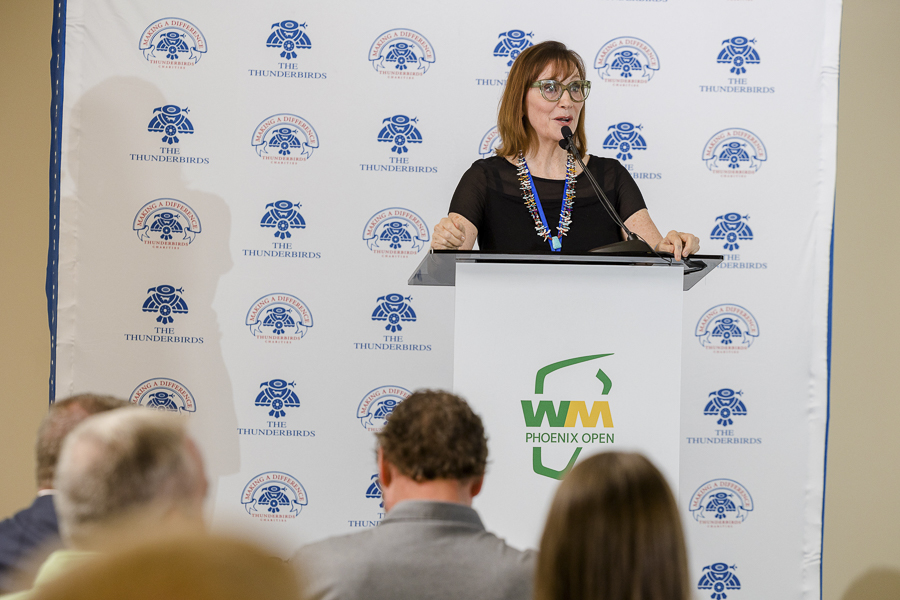 The Dementia Care and Education Campus is a 3.2-acre facility that will care for people living with all types and all stages of dementia, providing education and support from the time of diagnosis through the hospice journey, along with full-spectrum care and support for family members. In addition to an Assisted Living Center and a dementia Hospice Inpatient Home, it also features an intergenerational Adult Center that promotes meaningful interaction with preschoolers in the adjacent Child Center.

The Community Education Center brings together people from all walks of life, from healthcare professionals to family caregivers, sharing best practices and providing support. The center will also help train a dementia care workforce for the future.

“The generosity of The Thunderbirds and Thunderbirds Charities makes a huge and lasting impact on families who need help navigating the challenging dementia journey,” said Debbie Shumway, Hospice of the Valley’s executive director. “Together, we are enhancing quality of life, supporting family and professional caregivers, and providing education and training to help our whole community ‘live well’ with dementia.”

The 2023 WM Phoenix Open will take place Feb. 6-12 at TPC Scottsdale. “The People’s Open” has been named the Tournament of the Year by the PGA TOUR four times to acknowledge the tournament’s legendary status as one the most unique events in golf. The 2023 edition will mark the 88th playing of the event (one of the five oldest events on the PGA TOUR) and the 14th with WM as title sponsor.  For more information visit www.wmphoenixopen.com.

YEAR-BY-YEAR BREAKDOWN OF DOLLARS RAISED SINCE 2010:

2022 WM Phoenix Open and The Thunderbirds Raise More Than $10 Million for Arizona Charities2022-09-222022-10-25https://wmphoenixopen.com/wp-content/uploads/new_logo_fc_web.pngOfficial Website of the WM Phoenix Openhttps://wmphoenixopen.com/wp-content/uploads/new_logo_fc_web.png200px200px
Recent News
Thanks for signing up!
SPONSORED BY